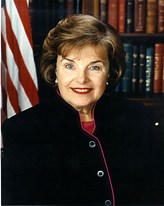 California’s senior senator, Dianne Feinstein, has had a change of heart, it seems. It was reported late yesterday that Feinstein announced in an interview that she no longer opposes legal marijuana. No doubt that the fact that she’s up for re-election this year in a state that already legalized recreational adult use of marijuana and the fact that she’s drawn a progressive primary challenger both have a lot to do with her sudden epiphany. Feinstein has been, to date, one of the most strident anti-weed voices around, though, so this is big news no matter what her reasons truly are.

Click here to read the article by Chris Weigant:

This site uses Akismet to reduce spam. Learn how your comment data is processed.